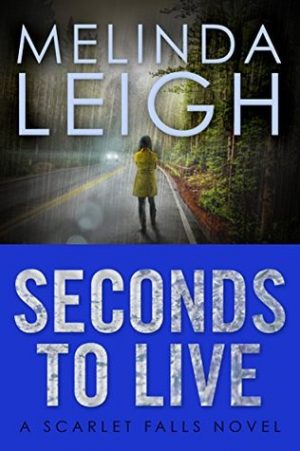 
Melinda Leigh did us all a favor with this series, she kept it to the Barrett family, giving us three books, focusing on each living sibling. In this installment we meet Mac Barrett the youngest and perhaps wildest of his siblings.

While he has a PhD in wildlife biology his personal life has been a series of ups and downs and with the death of his brother Lee in the first book in the series and now his father’s failing health Mac returns to Scarlet Falls, where his sibling have already returned, trying to figure out their life now.

Upon his return to town Mac is driving when he spots a naked, most likely dead, woman in the road. To avoid running the body over Mac swerves, crashing his jeep. When he wakes up the body is gone and he wants answers. To get those answers he and Detective Stella Dane need to work together. Stella, struggling with her new title and the loss of two officers from book two, is wary of believing Mac’s story about a disappearing body. However, evidence is mounting that things aren’t right in Scarlet Falls so she works with him, hoping to stop more heinous crimes before they can happen. Mac and Stella, both dealing with guilt from past decisions, make an interesting pair but they somehow just work together and I enjoyed their back and forth quite a bit.

Really at this point I can’t give much away without spoilers besides saying that again Melinda Leigh does a fantastic job of giving us mystery, crime, romance and fantastic writing in this book which I’m assuming is the last in this series. The publishing timeline of this series finishes right before her next series, set in the same town, which focuses on Stella’s sister Morgan Dane and her struggle to come to terms with her new reality as well. Yes it is the formula of all romance novels but when the writing just works and the pace keeps you turning pages, it’s easy to forget the formula and simply enjoy it. If you’ve read books one and two, why not finish out the trilogy?