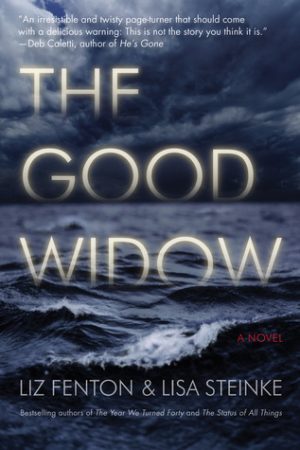 
Again, here I go with the crime and mystery. If you’re looking for a story with lots of twists and turns, this is a good one to pick up.

Jacqueline “Jacks” Morales receives a shock when police officers show up at her door, reporting that her husband James is dead. To add to the shock of this loss she’s told he wasn’t in Kansas on a business trip, as she thought, but in Hawaii… with another woman. The other woman, Dylan, leaves behind her own heartbroken fiancee, Nick as well. The heartbreak doesn’t end and the shock doesn’t stop when Nick shows up at Jacks’ door and says they should look for the truth together.

Now, Jacks has to face the truth that nothing is ever what it seems, not her marriage, her husband, her love for James or even his death. Nothing is straightforward in this novel and every word must be read with suspicion.

“It’s ridiculous how your life doesn’t need your permission to turn upside down.”

Again let me say that if you aren’t a fan of mystery and romantic suspense that you shouldn’t pick this book up. I’ll say that I wouldn’t even call this romance except that I know a lot of people have read it that way. The romance isn’t in your face, in fact there is more mystery than anything else going on here but the classic format can be found. I read for the escape and enjoyment of reading and the entertainment I’ve found here is more than enough for me.

I have to say some parts of this book were a bit of a reach for me (I’m sorry, you want to go to Hawaii with a stranger?) but in the end I could look beyond that and other hang ups I was having because I had to acknowledge that I was enjoying the read, even if parts were ridiculous.