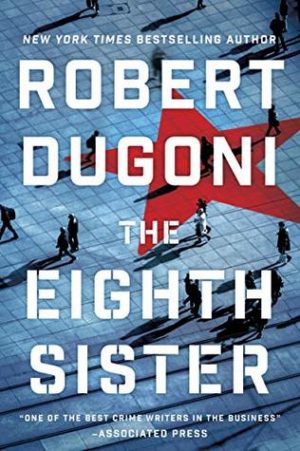 
I admit, I’m always hesitant when it comes espionage stories. They can be so hit or miss but as I’ve read and enjoyed Dugoni’s other series, Tracy Crosswhite, I gave this one a go. And I was not disappointed.

I have to say, other than Dugoni’s skill, I was drawn to this by the concept, one that I feel isn’t exactly your standard spy story. Our main character, Charles Jenkins, is a retired CIA office in his sixties. While not overweight or completely soft in his retirement, it was a nice change to the standard “young, sexy spy” cliche that I see everywhere.

I have to say Charles Jenkins as a character was likable but not made to appear perfect. He knows he’s risking a lot returning to the field but the money offered to him is hard to resist, let alone the potential threat he may be eliminating. However, when thing s go sideways he finds himself without any allies and abandoned by his own government which is also ready to deny his connection to them and let him die. It’s the classic race against time and fate to come out of this scenario alive.

It’s hard to discuss this book without giving anything away and you should enjoy the plot twists as they come to you while reading. I have to say Dugoni’s writing style is perfectly on show here and while I enjoy his quick witted characters and the crazy plot this line stuck out to me the most in the book and I’ve remembered it all these months later.

The truth will set you free, but first it will piss you off. Origin Debated.

I’ll definitely need to read book number two, The Last Agent, which is due to be released in October 2020. I’ll have to get reviews up for the Tracy Crosswhite series so you can understand how amazing Dugoni is (if you aren’t aware already) but, until then, trust me that you won’t be disappointed by The Eighth Sister. Dugoni has published at least twenty novels and is a New York Times Bestseller and I have to say, between Tracy Crosswhite and Charles Jenkins I understand the hype.