Review: The Boy Who Killed Grant Parker by Kat Spears 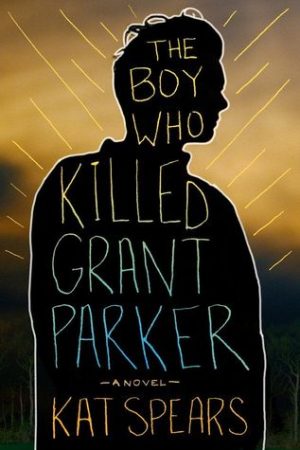 
The Boy Who Killed Grant Parker by Kat Spears is a young adult novel about Luke, a teenage boy forced to move away from his mother in DC to live with his pastor father in rural Tennessee. As he struggles to get used to life in a small town instead of the city, things begin to go wrong, and fast.

While I don’t read as much contemporary YA novels as other genres, I quite enjoyed this book. The story was fast paced, and I liked the main character, Luke. Characters were all memorable with their own very distinctive voices. The high school is populated with a wide variety of students, ones that are recognizable both from our own high school careers and television depictions of high school life.

Despite liking the characters, it felt as if the reader didn’t get to spend a lot of time with any of them. Many of the supporting cast didn’t have their backgrounds or character explored in much, if any, depth. This tendency is understandable in some respects – there are a lot of minor and supporting characters and exploring all of them is simply impossible. But this tendency also bled into Luke’s characterization as well. I’m not sure it was ever actually disclosed what, precisely, Luke did to warrant being sent away to his father so the pastor could somehow reform him. Luke acted like a very regular seventeen year old to me. He didn’t seem any better or worse in either actions or morals than the majority of the other characters.

Important universal issues for young adults are touched upon within the novel. Of course, the magnitude of such happenings is a bit larger and tenser than most high schoolers tend to face, but this is fiction and is to be expected. The book touched on some rather interesting questions and situations. For example, walking the fine line between bravery and utter stupidity. It also dealt with a lot of issues high schoolers do have to deal with. How far are you willing to go to become part of the popular crowd? Who are your true friends? Who is it that will have your back when everything goes wrong, even if they don’t necessarily agree with your actions?

The Boy Who Killed Grant Parker was well written, and despite some minor
issues I had with it, I did really enjoy it. It’s a fast read, and one I’d
recommend it to anyone who enjoys YA titles.