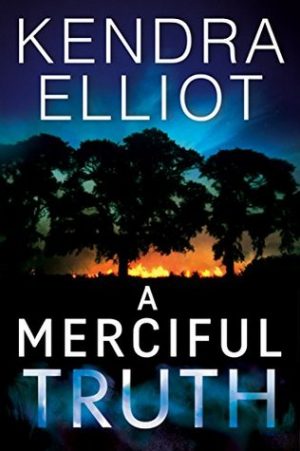 
Well, let’s just say, I’m a series junkie. When I picked up book #1, A Merciful Death I knew it was a bad idea. I knew I couldn’t afford another obsession. Did that stop me? Nope. After finishing the first book in the series I bought the rest of the available books and binged them from the end of 2018 into 2019. The day a new book was available in the summer of 2019 I waited until midnight when my preordered Kindle version would be available and I began reading immediately.

So, is it safe to say I enjoyed the second book in the series? Yes, one of the safest statements you could make about me and my reading list. Mercy is everything I want in a main character. She is strong, intelligent but also human and vulnerable. She knows she isn’t perfect and doesn’t act as such but she does act with conviction when investigating the series of arson cases, and eventual murders of deputies in relation to the fires.

Now, from here on out some things discussed would be considered spoilers so if you haven’t read book one, go back and read that. If you have and are checking to see my enjoyment of book two before picking it up for yourself -read on.

With the death of Mercy’s brother Mercy has taken on guardianship of Kaley and while she is juggling that new responsibility Mercy is attempting to navigate her relationship with police chief Truman Daly. As I’ve noted the series is considered romantic suspense meaning that the romance is important to the story but, trust me, this series isn’t a romance with some mysteries thrown in to keep it from being all about falling in love. This series is very much a suspense-thriller that happens to involve a romantic connection between characters. By no means is the romance a distraction in this story and I think even those who despise the genre would be able to look beyond that to the fantastic story going on.

Kendra Elliot’s attention to detail and creation of a believable town with anti-government leanings is fantastic. Her ability to paint each character we meet along the spectrum of this viewpoint, as well as creating other facts about them to round out the characters makes each interaction believable and enjoyable to read. Nothing is two-dimensional and Kendra Elliot takes nothing for granted, the work of the author is evident here as she continues to grow Mercy’s world around us.