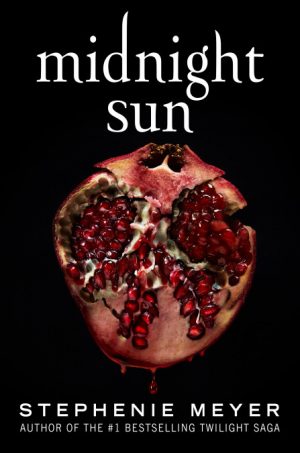 Seriously, if you’re looking for something nostalgic, comfortable and easy to read you can’t go wrong with this (as long as you were a somewhat fan of the first books. If you hated the originals why are you even here?)

I will say I was extremely skeptical of this book. What was the point? We know what happened in Stephanie Meyer’s book Twilight. “Plain” / “regular” girl Bella Swan meets Edward Cullen a *gasp* vampire and falls in love. Danger abounds, teenage angst, etc. Simple story that we’ve all read before and not just here. I will say though, as evidenced by the swarm of fans for the series, that while Stephanie Meyer’s may not be a literary genius she does know what sells. Emotions, drama, a touch of danger and a fleshed out cast of characters to keep things interesting.

So, while I was curious about what good this book could do to add to the lore that it Twilight I wasn’t invested in checking it out myself. A few friends had casually picked it up and at first I was fine with their analysis of it being, “Alright.” I could have left it there. But then, well, the country went a little sideways (currently it is January 2021 in the United States for any future readers) and I found myself wanting to retreat to somewhere I knew. But rather than a re-read I wanted something new. Enter Midnight Sun.

As Midnight Sun covers the story of Twilight, as told from Edward Cullen’s POV, there aren’t many new moments that we see, just a new perspective. I was overjoyed to see more glimpses of Edward’s family and his relationships with each of them, especially Alice and Emmett (who were my favorite characters even with the original series).

Edward is a bit whiny and self-serving in this with a lot of mental self-flagellation, self-hatred and constant, obsessive worrying. Beyond that we do get to see more of his thought process and more of the world from his family’s perspective.

I will say, if you liked the original books, picking this one up won’t harm your memories and may even give you some warm fuzzy feelings. If this series was never “your thing” don’t bother with this. Pure nostalgia is what you’ll find here. I will also say that Stephanie Meyer is uniquely aware of how the fans support her, to the point of putting a mention of them in her Acknowledgements section which many do but her phrasing was pretty much perfect. It’s nice when authors know where their power comes from and to see her recognize this, in black and white, felt good too.