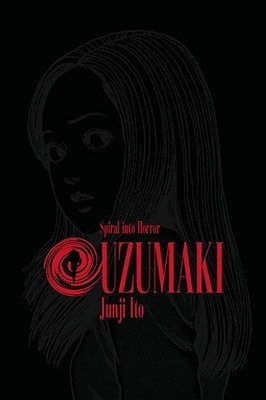 
There is nothing quite like reading a great horror story, and with Junji Ito a reader can never go wrong. Uzumaki Volume 1 by Junji Ito is an utterly fantastic horror tale set in a city beset by something rather innocent appearing at first, but quickly grows to epidemic proportions.

In Uzumaki the town of Kuozu-cho is haunted by spirals. The patterns can be found in nature – plants, water, within the human body. All of these are innocent enough. But spirals begin appearing in other places such as the crazed obsessions of Suichi Saito’s father and slowly spreads.

The story follows Suichi Saito and his girlfriend Kirie Goshima. Everything begins with Suichi’s father who makes ceramics. Spirals begin to appear in his work. But the change in style is far from benign, and definitely not the only thing that changes about him. Spirals seem to be infecting everything. People are changing, affected by the spiral patterns that seem to be found everywhere. The changes are slow sometimes, creeping up on people until things can no longer be ignored.

The manga is rather episodic. Though it follows two main characters, the events surrounding them change nearly every chapter. They struggle through living in their town as one incident after another occurs. Sometimes it effects them directly. Sometimes the events are stumbled upon. Without fail, one thing after another attacks the town, horrific, malicious, and terrifying.

I do have to say, though, that Kirie was just a little annoying in the beginning of the volume. After the first arc is completed, she doesn’t seem to believe that the spirals are doing anything malicious to the town. I can understand not wanting to believe that anything is wrong, or that it is something so arbitrary, so mundane as spirals affecting the human brain. But after witnessing firsthand the things that have happened to her boyfriend’s family, it simply felt like Kirie was burying her head in the sand and ignoring everything she’d experienced. Still, I can understand not wanting to believe that something is real, that you are in danger, and that the thing that must be protected against is something that cannot really be protected against at all.

The end of Volume 1 doesn’t necessarily end with the conclusion of an arc. The somewhat episodic nature of this is manga is surely part of the reason, but it is also due in no small part to the fact that the entire series is only three volumes long. There was a decent amount of character development, though. Kirie grew quite a bit throughout the course of the volume, changing from a character I was slightly annoyed with to one who I genuinely wanted to see succeed.

Junji Ito’s art is always something to behold. The art is detailed, becoming more so as horrors creep closer. Characters start out as soft looking, a bit simplistic, perhaps, but beautiful. The toll of the events unfolding is very obvious upon them. Suichi’s father begins to look more crazed. Suichi’s stress and fear is evident in the shadows and lines on his face. The transformation of characters is very stark, making the stress and fear of the situation feel all the more real.

This is only the first volume of three. I will be reading the rest eventually. Unfortunately, my local library only has the first volume, so I will be searching for the rest of the soon enough. (I foresee myself buying the beautiful thee in one hardcover edition sometime soon). I can’t wait to see how this series ends. Though based on the short stories of Junji Ito’s I’ve read, I won’t be holding my breath for a happily ending. If you are a fan of horror this is a series you should absolutely pick up.