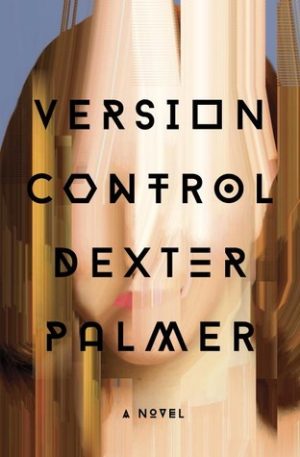 
Version Control is a character driven near future science fiction novel that completely draws you in, almost against your will.

Rebecca Wright has always felt that something was wrong – just a little off in ways she couldn’t really explain. Of course it could have been her own personal tragedy. Or maybe it’s just her husband, Phillip’s, work talking. He’s building a causality violation device (not a time machine thank-you-very-much) and it’s talking up all of his time. Understandably. Almost. Version Control is a look into how we live now and how the future can unfold. It’s about family, and tragedy. And it’s about Rebecca and Phillip, and how they help, and don’t help, one another along the winding road of life.

We follow the lives of these characters as they unfold in multiple timelines and in very different ways. At first, this novel didn’t feel particularly science fictional. The time is so near future that, at first glance and especially early in the novel, it could be mistaken for contemporary. It is only later as the story unfolds where the science fiction element became apparent. Here, Version Control truly shined. The differences between our world and the world of the novel in terms of technology and scientific advancement are more stark, and larger philosophical questions begin to be asked.

As I delved deeper into the novel a distinct dystopian element began to arise. Small things that could, perhaps, be overlooked in other tales lent a distinct air of discomfort to the story, and I found myself shivering uncomfortably several times from the implications the text set forth. These were the sections where the text really shined, the places that I probably enjoyed the most and gained the most from. It’s direct commentary on our world of today, on what could be, and the good and bad things about society as a whole.

Usually, books that focus more on characters and character development with no high stakes action or immediate mystery to solve are a hard sell for me. But with Version Control I became quickly hooked. The characters all feel very real. I was fully invested in the character’s lives. And not just the main one character’s lives, but the secondary and minor characters as well. I wanted everything to work out for them, I wanted the best lives for them. I wanted it to end with the best possible world line for each of them. And then all of a sudden I’d read the whole thing, happy yet surprised I’d done so based on my initial reactions when picking up the text.

While I did enjoy the novel, it took me some time to really get into it and become fully invested. The first half of the book did tend to drag on just a little bit, secrets remaining unrevealed just a little too long to quite keep my full attention. However, the second half of the novel is where it really shined.

Never have I been happier to be surprised by a book. I thoroughly enjoyed Version Control. It wasn’t a quick read – it did take me longer than usual to get through this book – but it was a read well worth it. If you like character driven stories and some light science fiction I highly recommend you give it a read.