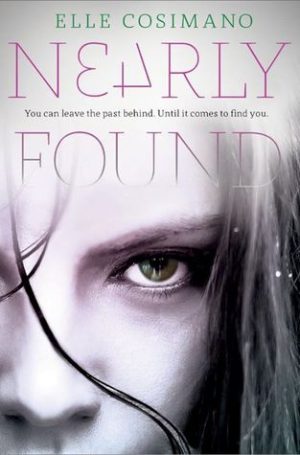 
Nearly Boswell cannot catch a break! After the murder mystery in Book #1 of the series we see Nearly try, yet again, to keep herself focused on her future but trouble always finds her and this time it’s dragging her classmates and her family into it.

In all seriousness this book was a good follow-up to book #1 Nearly Found and it helps give us some answers we didn’t get in the first book. Aside from a few questions I have that I’ll admit are me nitpicking at things that bothered me on such a minor level that I’ve decided that I need to get over it. Still, with more murders and more questions in her life it takes a huge effort by Nearly and her friends to once again help solve murders and get answers.

The intricacies of Cosimano’s world, the history of characters and the little clues throughout the book are impressive nonetheless. This, I feel, is one of the biggest challenges of writing a novel, leaving the right hints throughout without giving it away from the start. In this book I feel we see more of Cosimano’s strength with that as character backstory is added to not only complicate things but give us the smallest of hints as we read.

I admit that this while this time around I didn’t quite dive in as I had with Nearly Gone but don’t get me wrong, the book was still well written. Perhaps it was that I expected the same shock, awe and emotion that I’d felt in the first book but truthfully a lot of the things that kept me flipping pages last time had been solved. I knew more about Reece this time around so the mystery around him was lessened, thus making me curiosity about him dwindle. To counteract that Cosimano effectively gave us a new mystery with hints of the same scenarios from book #1 that gave not only Nearly but me as a reader some déjà vu.

Again, crimes seem to surround Nearly and are complicating her life. This time she doesn’t have Jeremy and Anh to lean on as much and with Reece still needing to hold his end of the bargain up with the police Nearly is a bit more removed from her original support system. This tension and lack of help forces her to rely on people she might not have leaned on in the past but it also allows us to see how intricately details of the story are woven in these pages.

In the end I wasn’t too surprised by the reveal of who was responsible but it was still a satisfying, believable end. And while I believe this reveal it was again slightly undermined by further unbelievable scenarios, a problem that continued over from the first book for me but hey, if that’s how the world works for them that’s how it works. I for one cannot fault Cossimano in the least for this because, honestly who wants to read about a teen behaving and sitting at home, on time for curfew while the police do all the work? Clearly I don’t as YA thriller/mysteries are a favorite of mine.

So, to close out my review I will say I have one major question remaining; where is Nearly’s father? If Elle Cosimano gifts us with a third book in these series to round out the first two and give us a solid trilogy I will be so happy to get all the answers but seriously I really just want to know where the heck her Dad is at this point.