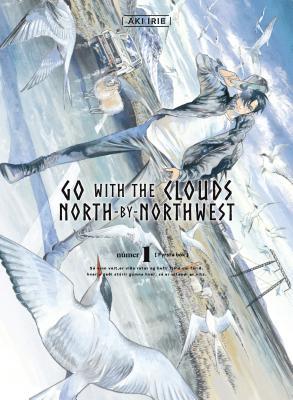 This manga is part magical realism, part private investigations, and part family drama/mystery. Early chapters follow a fairly episodic style. Each chapter follows a different investigation Kei takes on and solves. Slowly, we are introduced to his investigation services, his family, and his background.

Magical realism is quickly introduced. Kei can speak to electronics, namely his car. His grandfather can speak to birds. Yet, there is an air of mystery surrounding this. Conversations are often one sided with Kei speaking aloud as if hearing the car speak back. However, readers aren’t privy to his car’s half of the conversation. Does the car actually speak or is it all in Kei’s head? Like the situation with his grandfather and the birds, this is unclear.

Later chapters focus more on Kei’s family and his younger brother, Michitaka, who lives in Japan with an aunt and uncle. After Kei has trouble contacting his younger brother who’s still attending high school, Kei and their grandfather take an impromptu trip to Japan in order to find him. However, the house is empty, Michitaka missing, and, they later learn, Kei’s aunt and uncle are dead.

How and why remain mysteries. The realtor looking to sell the house knows only so much, and Kei, once he’s found, isn’t terribly forthcoming with information. This is where the story truly begins to shine. There is an uncomfortableness to the happenings which cast suspicion and doubt onto Kei’s younger brother and all of the stories being told.

With one foot firmly within mystery and the other standing amongst the surreal, this is a manga that isn’t to be missed. As the true mystery and what appears to be the main focus of the series beginning past the halfway point of volume one, this might be a manga which is best read with the second volume close at hand.

Go with the Clouds, North by Northwest, Vol 1 by Aki Irie is a wonderful, genre spanning manga featuring the gorgeous scenery of Iceland and the complex relationships of family spanning the globe. A strong first volume suggests much more to come, with a complex scenario Kei must solve in order to find out what truly happened to his aunt and uncle.