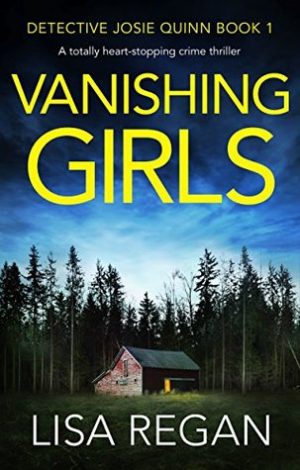 
I dislike Josie Quinn. Not the story, but her. And let’s discuss why I dislike her.

The plot and twists and turns, while sometimes unbelievable and most-likely actually impossible (legally speaking anyway) in reality, were enjoyable. You know what isn’t enjoyable? Josie Quinn herself.

While I give credit to Lisa Regan for creating a main character not everyone will instantly love I am somewhat baffled by her choice to create a character no one loves. Really, to create someone that made me wrinkle my nose in disgust so regularly throughout the book and to hinge the entire series on this woman was a brave decision by Regan. I know I’m not the only one who feels this way (check out Goodreads and Amazon reviews to see the proof) but I figured that she had to have had a great reason to make Josie the way she is. So I pushed on. And while my love for Josie never changes (and love is the wrong word for it, maybe tolerance is better) the story itself was so compelling I looked beyond Josie.

Despite my lack of enjoyment with the character Josie was actually believable in the sense that her past trauma, and current situation (between an ex-husband, a new boyfriend, what I would call alcoholism and a lot of personal upheaval in her life) her short-tempered nature and stubbornness is something that makes sense in the wider context.

One of the things I did enjoy about Josie is that once she makes a decision she sticks to it. Yes, that stubborn nature can be obnoxious but it works for this character, especially as it relates to her determination to solve the case of the missing girls in the area. When told to back down Josie doesn’t and it is that point of being stubborn that saves the book for me. It shows her dedication to setting things right in the world, of helping those she can even if it seems she can’t help herself.

In short, the story is great and the main character is frustrating as hell but I enjoyed the story enough to still give the book four stars. The writing was also solid enough to convince me to keep going with the series though, as you’ll see with reviews for each book, my opinion of Josie does not change much at all.