Whoo boy. I did not get half as much reading done for this readathon as I’d hoped. Life just sort of snuck up on me and, well, here we are. I only finished two out of five things I had originally planned to read. Those two books were both by Japanese authors. One was a cozy female/female romance manga that was extremely adorable and I highly recommend. The other was a horror novel written in the 80s and only recently translated. I’d had my eye on this novel for a long time and only recently got a copy. Both were not only written by women, but translated by women as well.

So here are the two books I did manage to finish within the readathon’s dates along with links to more in-depth reviews of these titles. I completed two of the prompts, which are highlighted below. 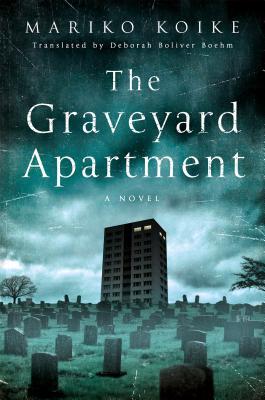 The Women in Translation Readathon was hosted by  by Matthew Sciarrappa, Insert Literary Pun Here, and Kendra Winchester. I had a lot of fun with this readathon even if I didn’t get to read everything I had originally set aside. Reading more translated works, translated works that weren’t originally published in Japan (let’s face it, my reading list wasn’t exactly a world tour), and reading more works by women in general are things I want to focus more on moving forward.

Did you participate in the readathon? What books did you read? Have any recommendations? Let us know below!